Robert Yoon is a Contributing Reporter and Analyst with Inside Elections, which provides nonpartisan analysis of campaigns for Senate, House, governor and president.

For more than 17 years, he was Director of Political Research at CNN, where he was one of the network's principal authorities on elections, debates, the presidential nomination process, voting procedures, and money in politics. Over the course of five presidential campaign cycles, he has helped prepare eight different moderators for 30 presidential debates dating back to 2000. He has received two Emmy Awards, five total Emmy nominations, a Peabody Award, and a Headliner Award for his contributions to CNN's election coverage. He received an additional Headliner Award for his work on CNN's investigation of the 9/11 terror plot.

In 2016, Mediaite named him one of the most influential people in the news media. 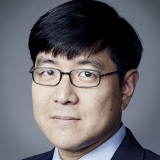