It’s been a journey to get to a final congressional map in New York, but it looks as if the maps for 2022, at least, are finally completed.

Democrats in the state legislature had drawn a map designed to help their party flip as many as three GOP-held seats. But a Republican lower court judge said that map was illegal — a decision upheld by the state’s Court of Appeals. Then, a special master was brought in to draw a remedial map. But his first draft, which we covered in the May 20 issue of the newsletter, changed in some significant ways before it was finalized late Friday night.

Democrats currently have a 19-8 advantage in the delegation. New York lost one seat in the decennial reapportionment process. The eliminated seat, the old 22nd District, was GOP-held.

The special master’s map creates pickup opportunities for both parties: Democrats could still flip up to four seats, but also have to defend four vulnerable seats of their own. That means in a truly great year for Republicans, the delegation could be split just 15D-11R.

That’s a big blow to Democrats’ slim hopes of retaining the House majority, which in part rested on the ability to net three seats in New York using the legislature-drawn map, to help offset losses elsewhere. 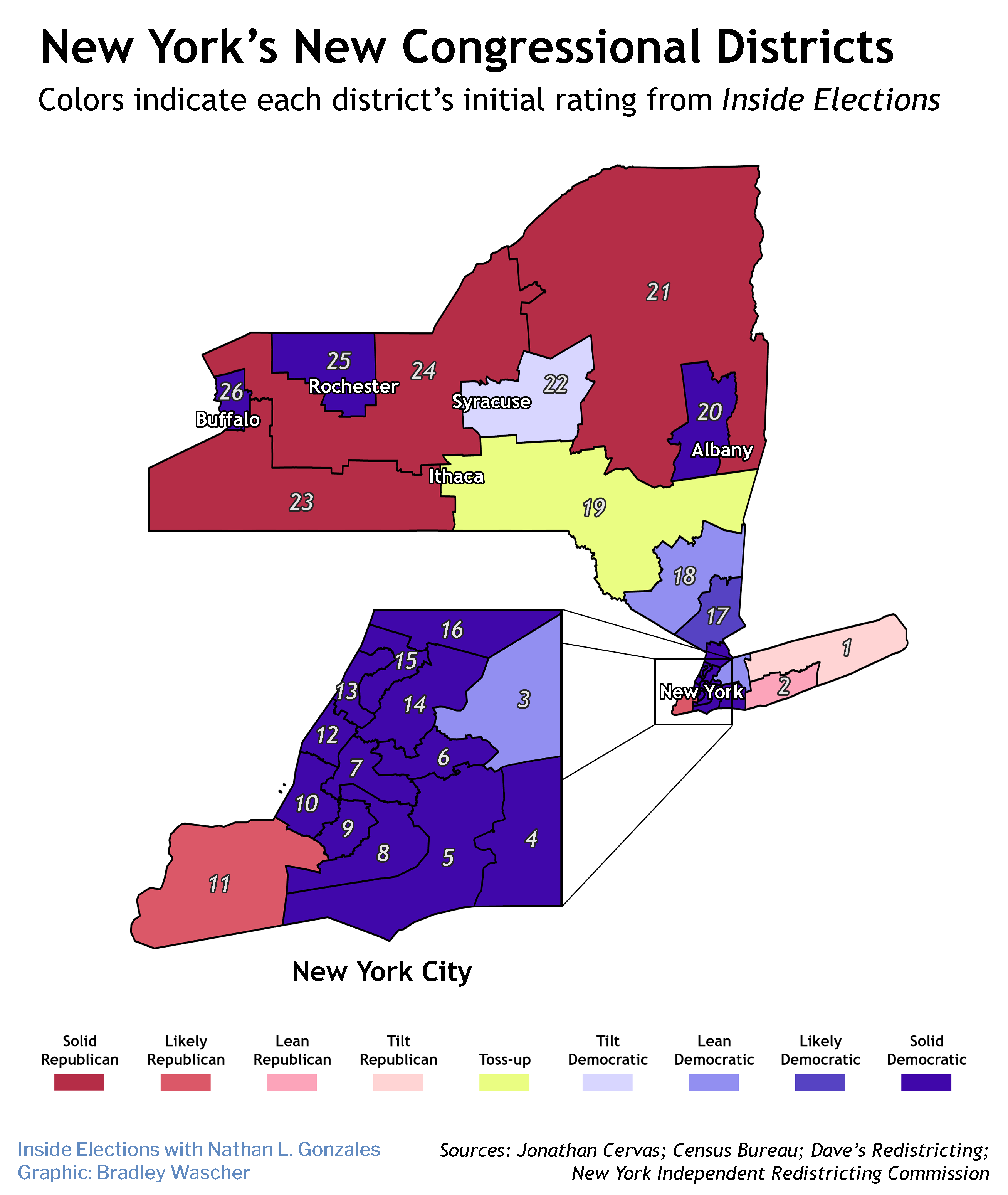 1st District
The 1st District has seen some of the most significant changes, draft-to-draft, of any seat in New York during the redistricting process.

Louisiana Redistricting: Not Much New from Baton Rouge

Tennessee Redistricting: Down a Democratic District on Music Row